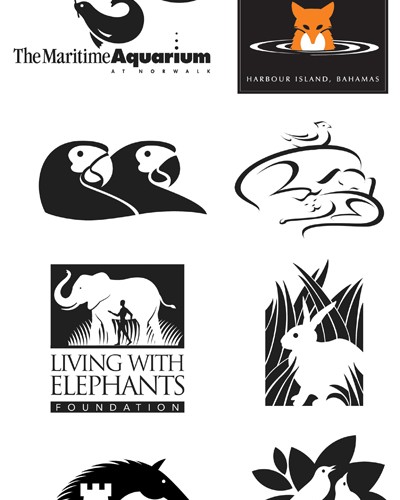 West Bloomfield, MI — LogoLounge has made its selections for their second in a series of remarkable new books featuring exemplary logo design work from creatives around the world. This book, due out in late 2010, is called Master Library Series – Animals & Mythology.TFI Envision is delighted to be included with eight logos:
• The Maritime Aquarium at Norwalk 15th Anniversary
• Ocean Fox Dive Shop
• Sand Castle Farm
• Ramora Bay Club
• Bull’s Head Animal Hospital
• Wesley Village
• Living with Elephants Foundation
• Hilltop Condominums
These logos are the visual representation of businesses around the world – from right here in Connecticut to Botswana, Africa and the Carribbean.